If you haven’t already, take action below, and contact your state legislators to ask them to co-sponsor animal protection legislation including protecting animals from cruel conditions, ending the use of exotic animals in traveling shows in MA, protecting pets from former animal abusers, and more! The second Summit on Passing Municipal Laws for Animals held in February was a huge success, despite the pandemic-imposed limitations. The virtual event focused on empowering animal advocates across Massachusetts to pass animal protection legislation in their communities, and provided advocates an opportunity to hear from local elected officials as well as advocates about their experiences. Feedback from the event was overwhelmingly positive, and participants came away better informed and motivated to take action. 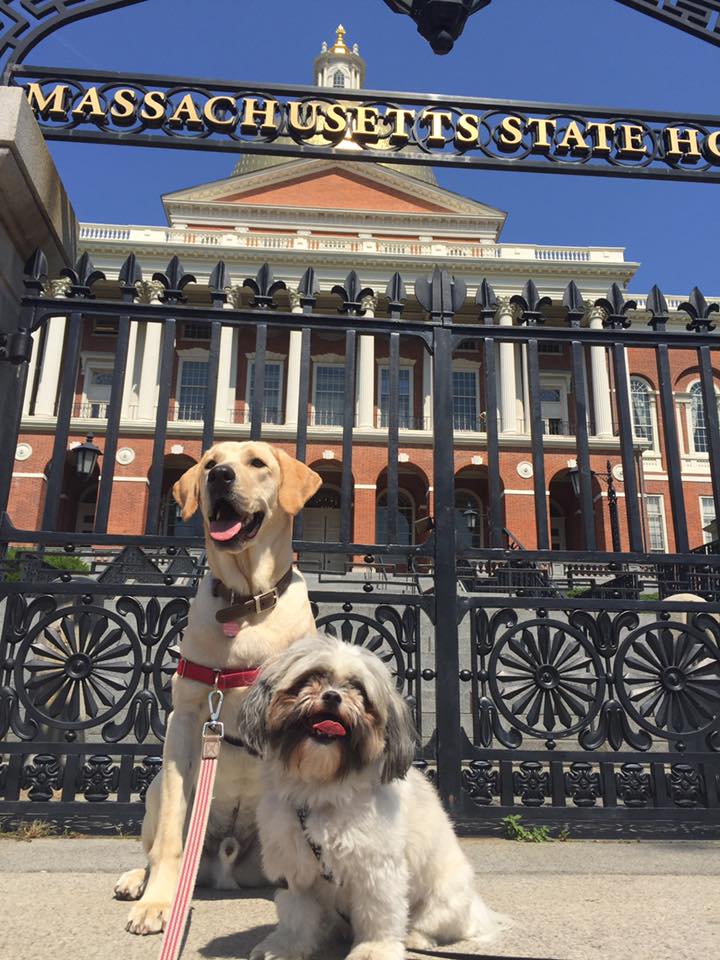 Wondering how to get involved in improving animal protection in Massachusetts? At this virtual event we will discuss changes at the State House due to COVID-19, the legislative process, current legislation you can take action on, and different ways that you can effectively use your voice to make a difference for animals. This is a great chance to connect with other people in your community who are interested in animal protection issues. Advance registration is required.

We will be joined by special guest, Representative Ted Philips – 8th Norfolk! This year, our annual 5K has a fresh new format as the Fast and Furriest Fitness Challenge! This year’s event has gone virtual and will feature a sweet opportunity to win entries for a drawing for a Peloton Plus*! Never has fundraising for animals been more exciting – and motivating.

In 2016, Massachusetts voters overwhelmingly passed Question 3, the Act to Prevent Cruelty to Farm Animals, which prohibits the confinement of egg-laying hens, mother pigs, and calves raised for veal in spaces that prevent them from lying down, standing up, fully extending their limbs, or turning around freely. Since then, leading retailers, producers, and other states have mandated even stronger standards in the shift to cage-free conditions for hens. The legislature has the opportunity to upgrade this law, bringing it in line with the new — stronger — welfare standard and expanding its application to liquid eggs (those often used in restaurants).

HD 596 and SD 212 update existing MA law to mirror the higher national cage-free standard of the egg industry, including by providing enrichments like areas for hens to dustbathe, perch, scratch, and lay eggs in a nest. The bill sponsors, the Attorney General, and a coalition of animal welfare and producers backing HD 596 and SD 212 have pledged their support to increase welfare standards, and enhance market and regulatory certainty.

Please take action and ask your state legislators to support HD 596 and SD 212. Senator Gomez is in his first term serving the Hampden District, consisting of three communities: Springfield, West Springfield and Chicopee. Though new to legislature, he is already advocating for animals as a lead sponsor of An Act relative to the use of elephants, big cats, primates, giraffes, and bears in traveling exhibits and shows. Learn more about this legislation.

“As a lifelong animal lover, this was a no-brainer for me to support. These bills prohibit the use of elephants, big cats, primates, bears, and giraffes in traveling shows in Massachusetts. These shows are not only detrimental to animal welfare, but also present a public safety risk to viewers.”

We look forward to a great relationship!

By joining the Animal Action Team, you will receive our monthly e-newsletter and also targeted action alerts when animal protection bills reach key junctures in the legislative process — which is when your voice is most critical in influencing your legislators.