Earlier this month, the House passed H. 901, An Act protecting research animals! Known as the “beagle bill,” this legislation ensures dogs and cats can live a life in a home as an adopted pet once their time in a research laboratory has come to an end. Until the day these animals are no longer used in research, this bill gives them a chance for a loving home. H. 901 now resides in the Senate Committee on Rules. Learn more about this legislation.

The House and Senate recently completed the FY23 budget process, and both included funding to help animals in need! The Massachusetts Animal Fund received $75,000 in the House budget thanks to an amendment sponsored by Representative Ted Philips, and $100,000 in the Senate budget thanks to amendments sponsored by Senators Bruce Tarr and John Velis. Both versions of the budget now head to conference committee where they will be debated and combined into one final budget and then sent to the Governor. Keep an eye out in the coming weeks for a call to action to urge the conferees to adopt the higher amendment amount!

The countdown is on! Formal sessions of the Massachusetts state legislature end on July 31, so please keep an eye on your inbox for urgent calls for action in the next few weeks as we near this deadline.

Pics with Paws and Protection Laws

On May 5, we joined the Ollie’s Law Coalition for the “Pics with Paws for Protection Laws” event at the State House to advocate for S. 1322, known as the “Puppies and Kittens Bill.” This legislation would create standards for dog daycare and boarding facilities, as well as provide other protections for animals.

Learn more about this bill which is currently in Senate Ways and Means. 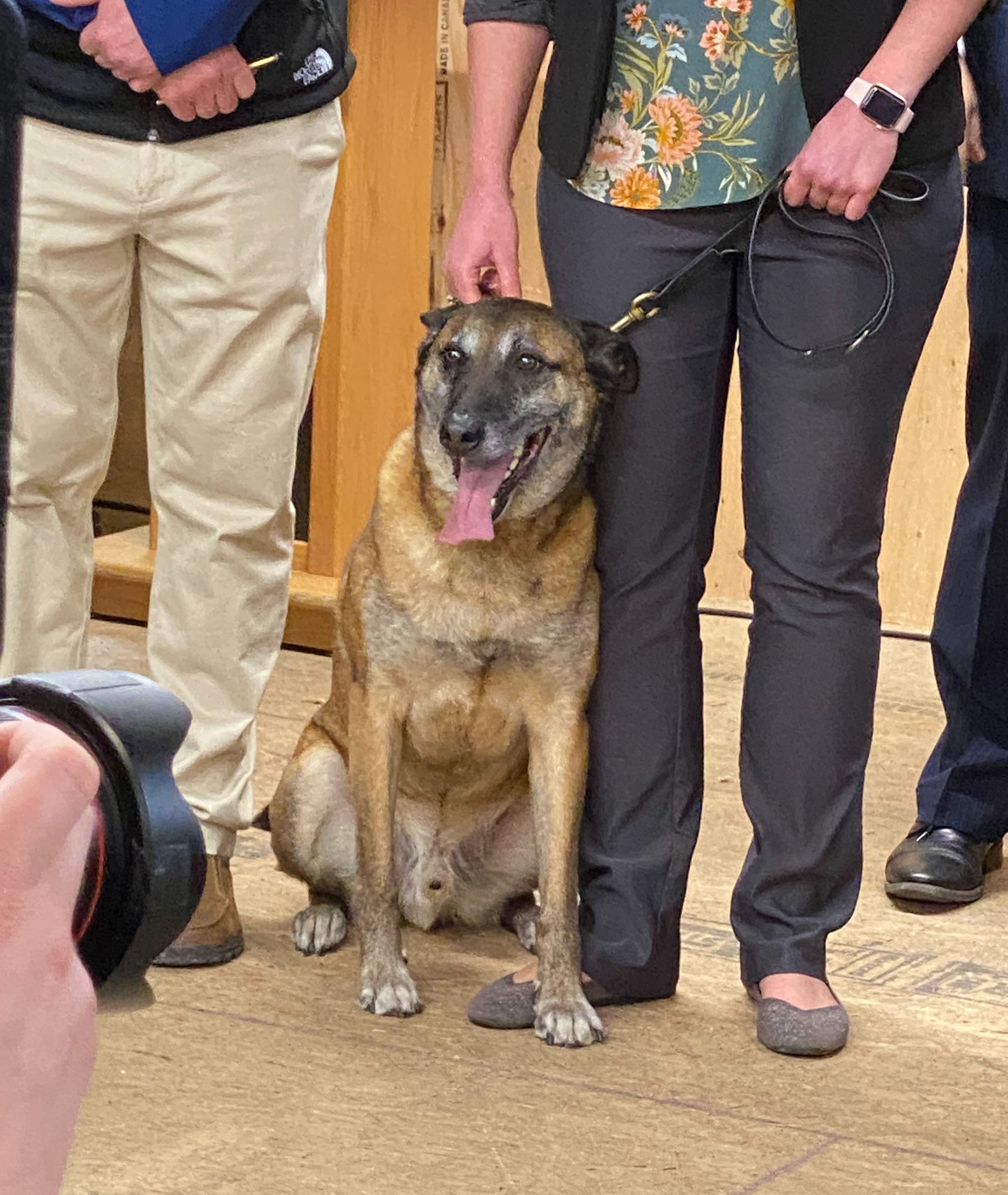 In April, we joined Governor Baker and legislators in Yarmouth to celebrate the signing of Nero’s Law. This new law will ensure that police dogs injured in the line of duty can receive transportation for medical care in an ambulance. The bill is named after “Nero,” the K9 partner of Sgt. Sean Gannon, who was tragically killed in 2018 while on the job. Nero suffered life-threatening injuries and was unable to be treated by emergency medical personnel. This law creates necessary protections for K9 officers.

Learn more about this new law.

New England weather always keeps us guessing! One day it feels like winter, the next day – August! In 2016, we worked to pass a bill to help ensure dogs aren’t killed in hot cars. Learn more about this law and what you can do if you see a dog in a car in distress.

In April, Lexington Town Meeting Members voted to ban the sale of commercially bred dogs, cats, and rabbits in pet stores within their borders. Thank you to MSPCA-Angell advocate/volunteer/overseer, Pam Baker, for bringing this ordinance to town meeting and for all of your hard work getting this measure passed!

Lexington becomes the 10th municipality in Massachusetts, joining Boston, Cambridge, Stoneham, Pittsfield, Holliston, Marshfield, North Adams, Plymouth, Springfield and over 400 municipalities in the country to pass such a measure!

Learn more about passing an animal protection measure in your municipality!

Legislation Spotlight: Bills in the Senate

There are 5 animal protection bills that are currently awaiting action in the Senate. All of these bills have bipartisan support and have passed the Senate in previous sessions.

Coyotes in the Globe

Recently, there has been more media and interest in coyote sightings. The Boston Globe asked the MSPCA’s Elizabeth Magner to comment in their “The Argument” section about whether Massachusetts has a coyote problem. We always advocate that humane coexistence with coyotes is the best way to keep everyone safe. Check out more resources on coexisting with coyotes.

MA AGO Cracks Down on Pet Leasing

We helped make pet renting and leasing illegal in 2008; however, the MA Attorney General’s Office had to recently step in when the practice was still taking place. “’To have an animal be repossessed and taken away from your family after potentially years — it’s unfair to the animal, of course, and it’s preying on consumers,’ [MSPCA’s Kara Holmquist] said.”

After passing by unanimous vote over a year ago, the Springfield pet shop ordinance went into effect this month. ‘“…The City is credited with breaking a part of the puppy mill to pet shop pipeline, and in doing so, protecting both animals and consumers,’ Holmquist said.” The City’s only pet store, The Puppy Place, decided to pack up instead of adopting a humane business model.

Lauren Makes Plymouth the Most “Animal Friendly” Town in Massachusetts

In April 2022, college student Lauren Nesralla led a successful campaign to ban the retail sale of fur in her hometown of Plymouth. Lauren had been involved in animal advocacy for several years, including on the topic of fur, and when she saw the passage of a fur ban in Brookline by a local teen (below), she decided to do the same for her community of Plymouth. Read on to learn about Lauren’s experience.

Ezra Gets Fur Out of Brookline

In December 2021, Brookline became the third municipality in Massachusetts to ban the retail sale of fur, all thanks to 9th grader, Ezra Kleinbaum. You’re never too young to make a difference. As Ezra puts it: “Just because you’re young doesn’t mean your voice isn’t powerful.” Read on to learn about Ezra’s experience.