Anaphylaxis in Dogs and Cats Anaphylaxis, an acute and severe systemic allergic reaction that can be life-threatening, is due to a massive release of inflammatory mediators by mast cells and basophils.  It is triggered by a wide variety of antigens, but most commonly by vaccines, drugs, insect and reptile venoms, antimicrobials, non-steroidal anti-inflammatory medication, glucocorticoids, opiates, foods and physical factors like cold and exercise.  This hypersensitivity reaction can affect multiple organs, including dermal, gastrointestinal, respiratory, cardiovascular, neurological and ocular systems.  Due to the wide variability in clinical manifestation and lack of accepted standard working definitions, anaphylasixs can be difficult to diagnose.  Its diagnosis is based primarily on pattern recognition when there is a sudden onset of characteristic signs after exposure to a known or potential stimulus. 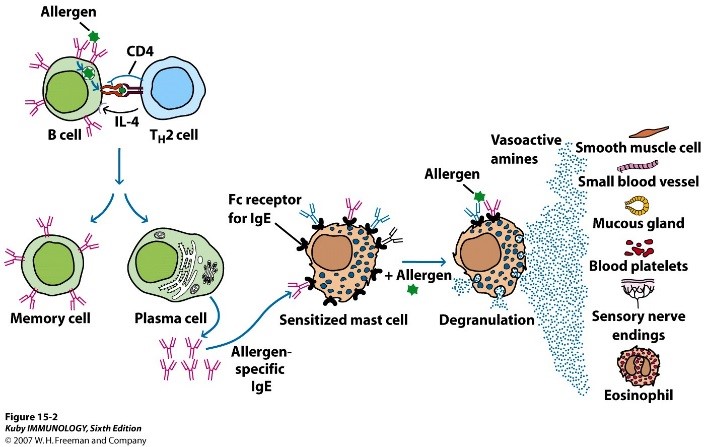 Figure 1: Prior sensitization to an allergen results in an immune response initially mediated by Th2 lymphocytes that promote mast cell proliferation and plasma cell production of IgE.

Mast cells are the most important effector cells of immediate hypersensitivity reactions and normally are present in high numbers in skin and mucosal surfaces.  Anaphylaxis, as a Type I hypersensitivity reaction, is mediated by IgE and basophil and mast cell activation and degranulation.  Prior sensitization to an allergen results in an immune response initially mediated by Th2 lymphocytes that promote mast cell proliferation and plasma cell production of IgE (See Figure 1).  IgE will then bind to mast cells and basophils by high affinity receptors (for the Fc portion of the immunoglobulin).  With repeated exposure to the antigen, there is cross linkage of the IgE molecules and this leads to degranulation of primary mediators (histamine, tryptase, heparin, serotonin, cytokines, etc) within seconds to minutes.  Histamine is the main mediator and causes vasodilation, increased vascular permeability, bronchoconstriction, coronary artery smooth muscle constriction, urticaria, and fever.  Activation of the arachidonic acid cascade occurs within minutes and results in release of secondary mediators (i.e. leukotrienes, prostaglandins, etc.) which induce vasodilation, increase vascular permeability, potentiate generation of histamine, cardiodepression, and increased airway mucus production.

A high index of suspicion for anaphylaxis is essential for a rapid diagnosis and initiation of treatment.  In human medicine, there are universal clinical criteria and biomarkers (histamine and tryptase) for diagnosing anaphylaxis.  Unfortunately, this may not be translatable to veterinary medicine due to different target shock organs in humans and animals.  Acute systemic anaphylaxis manifests differently between species in terms of the major organ systems affected and the clinical signs.  The different physiological response is related to variations in the immune system reponse, location and distribution of smooth muscle, rate of antigen degradation and responsiveness to inflammatory mediators.  It is directly related to the location of the largest population of mast cells found in different species.  The primary affected organs in humans are the lungs and heart, in dogs the gastro-intestinal tract and liver and in cats the respiratory and gastro-intestinal tract. 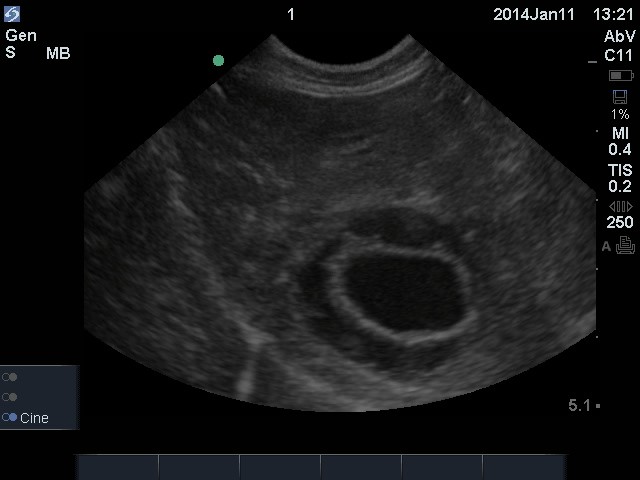 Nearly any antigen that stimulates mast cells and basophils can cause anaphylaxis.  Clinical signs typically manifest soon after antigenic exposure (5-30 minutes) and progress rapidly over minutes to hours.  Sometimes, anaphylactic reactions may take hours to manifest or even be biphasic in nature. Biphasic reactions will occur then abate with a time interval range of 1-72 hours (on average within 8-10 hours).  In the human literature, persistent anaphylaxis has been described lasting up to 32 hours despite aggressive treatment.  In general, the sooner the manifestion of anaphylaxis, the more severe the reaction will be.  However, it is impossible to anticipate the severity of anphylaxis and whether there will be a biphasic or persistent component.

The signs and symptoms can be divided into four major target organs – cutaneous, respiratory, cardiovascular and gastrointestinal, however neurological and ocular systems can be impacted as well.  The essential clinical feature of cardiovascular compromise is hypotension due to a distributive-hypovolemic state.  Due to increased vascular permeability, there is a rapid and major shift of intravascular fluid to extravascular space in as little as 10 minutes.  The cutaneous signs (erythema, urticaria, pruritis, and facial angiodema) are usually subtle and a recent study found that only 57% of dogs have detecable cutaneous signs. This is likely due to their fur and pigmentation making it difficult to detect.  Respiratory signs include cough, tachypnea, stridor, dypsnea, and tachypnea.  Pharyngeal and laryngeal edema, increased mucus production, and bronchoconstriction all contribute to cause dyspnea.  The gastro-intestinal signs are mainly nausea, vomiting, and diarrhea with or without blood. A 2009 study by Quantz et al. showed that an increase in ALT and multiple striations in the gallbladder wall (i.e. halo or double rim effect) are supportive of anaphylactic reactions.  ALT was shown to rapidly increase (<12 hours) with a peak at 24-48 hours due to alterations in blood flow to the liver and likely direct cytokine injury.  The gall bladder wall “halo sign” (See Figure 2) occurred secondary to impaired venous drainage (although it is not pathognomic for anaphylaxis).  The reported sensitivities and specificities for ALT elevation were 85% and 98%, and for the “halo sign” were 93% and 98%, respectively.

Anaphylactic shock is the terminal phase of anaphylaxis involving multiple organ systems, with the most severe changes involving the cardiovascular and pulmonary systems.  Clincial signs of anaphylactic shock can resemble signs from any cause of severe cardiopulmonary collapse.  It is important to rule out other conditions as they can present similarly (i.e. severe asthma, syncope, pheochromocytoma, systemic mastocytosis, septic and cardiogenic shock, etc.).

Anaphylaxis is a true medical emergency and requires immediate intervention.  Goals of treatment are aimed at stabilization and include establishment of a patent airway, vascular access, fluid therapy and administration of epinephrine.  Depending on severity, airway management may require supplemental oxygen or may require tracheal intubation or tracheostomy.  Mechanical ventilation may be required in severely affected patients with edematous airways, pulmonary edema and bronchoconstriction.

Vascular access is critical for administration of fluid therapy and drugs.  Aggressive fluid therapy should be guided based on the patient’s cardiovascular parameters.  Epinephrine is the drug of choice and mainstay of therapy for anaphylaxis because it relieves bronchoconstriction, supports arterial blood pressure, inhibits further mast cell degranulation, improves cardiac contractility and heart rate and improves coronary artery blood flow.  The recommended dose is 0.01-0.02mg/kg intramuscularly for less severe cases.  Subcutaneous administration should be avoided due to slow onset of pharmacological effect.  The epinephrine dose can also be doubled and given intra-trachea if vascular access is not available.  In severe cases where shock has already developed or there is refractory hypotension, a continuous rate infusion can be started at 0.05mcg/kg/min and titrated to effect.

Adjunctive therapy for anaphylaxis includes use of antihistamines, glucocorticoids and additional supportive measures, as needed for hypotension, pulmonary edema, bronchoconstriction, and arrhythmias.  Although antihistamines and glucocorticoids are too slow to be helpful in the initial management, they play an important role in preventing late phase reactions and complications caused by secondary mediators.  Diphenhydramine 2mg/kg IM is the most commonly used H1-antihistamine and is expected to relieve cutaneous and nasal symptoms in anaphylaxis.  H2-antihistamines (i.e. famotidine 1mg/kg IV) used in combination with H1-antihistamines have been reported to be more effective at improving the cutaneous signs seen with anaphylaxis as well as decreasing gastric acid secretion.  Dexamethasone 0.1-0.5mg/kg IV is the most commonly used glucocorticoid, but benefits are not seen for at least 4-6 hours.  Glucocorticoids block the arachidonic acid cascade and may reduce the severity of the late phase reaction.  Bronchodilators such as aminophylline (5-10mg/kg IM dogs and 5mg/kg cats) or inhaled albuterol, should be employed if bronchospasms persists despite epinephrine administration.

While there is no consensus on the time for monitoring needed for anaphylaxis, patients that respond to therapy would benefit from 24 hours of careful monitoring and observation. The prognosis for anaphylaxis is dependent on the severity and progression of the reaction and preventive measures of avoiding potential triggers is highly recommended.