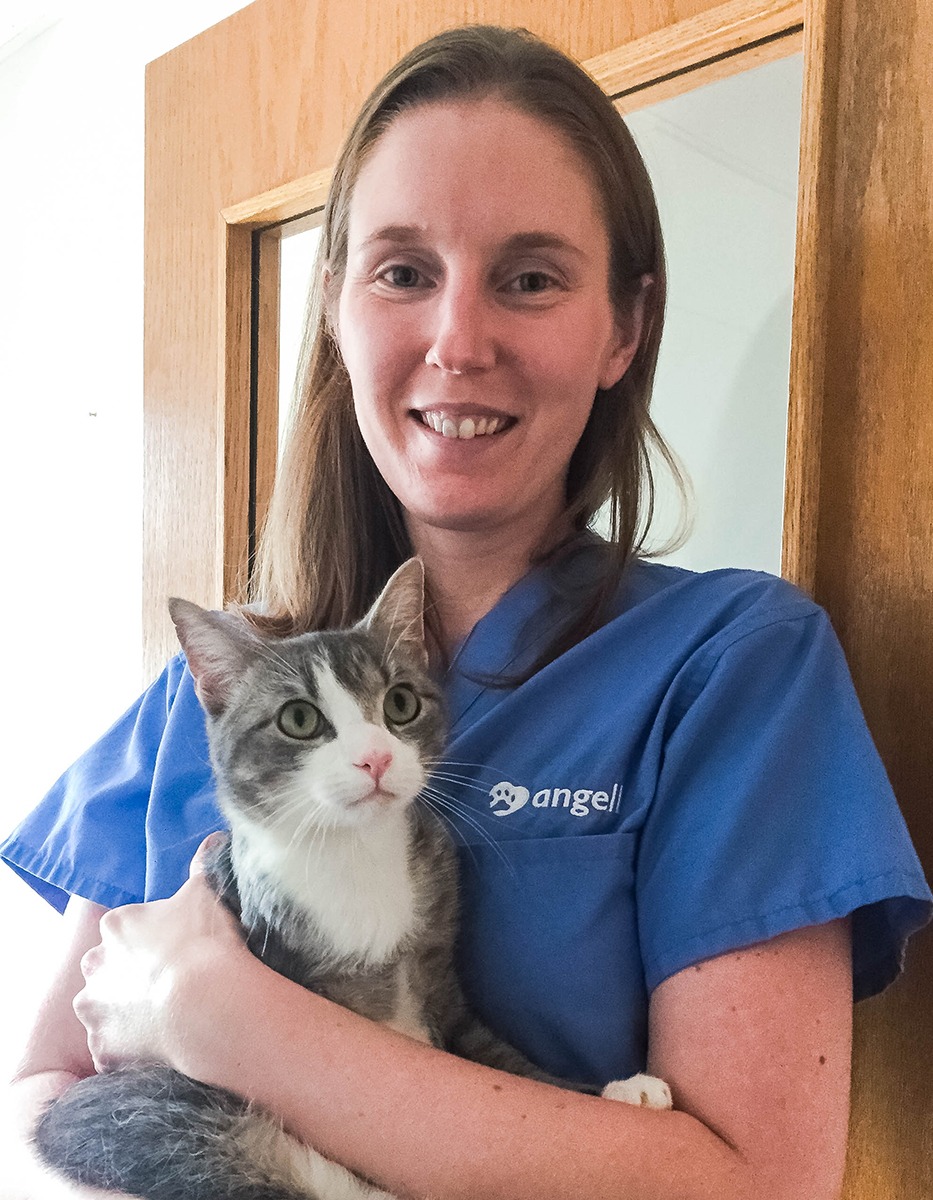 Immune-mediated thrombocytopenia (ITP) is an important cause of severe thrombocytopenia in dogs. In patients with ITP, platelet autoantibodies are made and attach to the surface of platelets, targeting them for destruction by macrophages. This results in profound thrombocytopenia, with platelet counts commonly below the threshold of 30,000-50,000 platelets/uL that is considered high risk for spontaneous bleeding. ITP is a major differential to consider in any patient presenting with unexplained hemorrhage, bruising, or petechiae.

ITP can be primary, in which no underlying trigger for the immune response against platelets is discovered, or it can be secondary to another disease process or medication administration. Sulfa-based medications are commonly reported triggers for ITP, and secondary ITP should be suspected in any patient using a sulfa drug for longer than five to seven days who has unexplained thrombocytopenia, bleeding, or bruising. Other antibiotics such as penicillins and cephalosporins have also been implicated in ITP cases. Although vaccination has been associated with transient thrombocytopenia, there has been no established link between ITP and vaccination in dogs.1 Infectious diseases, particularly tickborne infections, are frequent causes of secondary ITP. Platelet autoantibodies have been found in thrombocytopenic dogs positive for Babesia, Ehrlichia, anaplasma, leishmania, leptospirosis, heartworm, and Rocky Mountain spotted fever, indicating that immune-mediated platelet destruction is present.2, 3 Neoplasia can also be associated with ITP, with lymphoma implicated most commonly. Treatment of secondary ITP should always include treatment of the underlying disease process or discontinuation of the triggering medication.

Although ITP can occur in any age or breed of dog, middle-aged female dogs appear to be at greatest risk, and cocker spaniels are the most commonly cited breed predisposition.4 Patients with ITP may present with unexplained bruising, petechiae (capillary hemorrhages), bleeding, or more vague signs such as lethargy and decreased appetite. In one study, 81% of dogs presented with signs of bleeding, the most common of which was petechiae or ecchymoses (present in 66% of total ITP cases on presentation). Hematemesis, melena, and gingival bleeding were each reported in approximately 20% of cases, while less common signs of bleeding included epistaxis, hematuria, and hyphema.4 Cavitary bleeding (such as hemoabdomen or hemothorax) is rare in patients with ITP and is more commonly noted in patients with coagulopathy. Fever is common, noted in about one third of patients in one study.4

Dogs with ITP typically have very low platelet counts (<50,000 platelets/uL), which puts them at risk of spontaneous bleeding. Most studies of ITP in dogs report median platelet counts on presentation in the range of 1000-5000 platelets/uL,1, 4, 5 and another study found that dogs with ITP had lower platelet counts and a higher incidence of anemia than dogs with thrombocytopenia from any other cause.6 ITP dogs are commonly anemic on presentation and may have other changes on a complete blood count indicative of an inflammatory response, including leukocytosis, increased numbers of band neutrophils, and toxic change. It is important to note that the presence of these changes does not necessarily indicate infection, but rather can be seen simply due to the marked systemic inflammation that occurs with ITP.

Although platelet-bound antibodies can be detected using flow cytometry, this is not commonly done, so diagnosis of ITP is typically presumptive based on the presence of severe thrombocytopenia without another explanation. Recommended diagnostic workup for possible causes of secondary ITP includes testing for tickborne diseases, as well as chest x-rays and abdominal ultrasound to look for evidence of neoplasia. While point-of-care testing such as 4dx is a useful first step in evaluation for tickborne diseases, a broader tick screening can be useful to look for other diseases such as Rocky Mountain spotted fever and Babesiosis. Screening for Babesia infection should be considered particularly in overrepresented breeds, such as greyhounds and pit bull terriers. Due to the high prevalence of tickborne disease in New England, it is also common practice to administer doxycycline as a part of initial therapy for ITP to cover for the majority of tickborne diseases. Figure 1: The shaved ventral abdomen of a patient with ITP secondary to administration of trimethoprim-sulfamethoxazole, displaying petechiae and ecchymoses.

The mainstay of treatment for ITP is immunosuppressive corticosteroid therapy, usually given as prednisone starting at 2 mg/kg/day (or 30 mg/m2 for larger-breed dogs). This dose is gradually reduced once the platelet count has returned to normal, typically with dose reductions of 25% every two to four weeks. Platelet count should be monitored after each dose reduction to make sure there is no sign of relapse. Adjunctive immunosuppressive medications, including cyclosporine, mycophenolate, and azathioprine, are also frequently used in an attempt to better control the disease or reduce the corticosteroid requirement. However, there is no concrete evidence that use of these medications in addition to steroids provides a significant survival benefit when compared to steroids alone.7 There is also no consensus on which secondary immunosuppressive drug is best; in one study, there was no difference in outcome in dogs treated with mycophenolate when compared to cyclosporine when each was used in combination with steroids.8

There are several other adjunctive therapies that have more tangible benefits in ITP patients. A single dose of human intravenous immunoglobulin (hIVIG) has been shown to reduce the time to platelet recovery above 40,000 platelets/uL and to reduce the required hospitalization time in ITP patients. hIVIG’s beneficial effect is thought to be due to its ability to block Fc receptors on phagocytic cells, thereby reducing their ability to destroy platelets that are tagged with autoantibodies.5 Administration of a single dose of vincristine has also been shown to speed platelet recovery, and in one study, it was found to be equivalent to hIVIG in its effect on reducing platelet recovery time and hospitalization time.9 Since vincristine is less expensive and easier to administer than hIVIG, it is often the first choice for adjunctive therapy in ITP cases. A more novel but promising option in the treatment of ITP is the use of Romiplostim, a thrombopoietin-receptor agonist that is used to stimulate platelet production in human patients with ITP. In a small pilot study of five dogs with ITP, platelet count increased after a single dose of Romiplostim was given in four of the dogs, and the fifth dog ultimately had an increase in platelet count after repeated and increased dosing.10 While the cost of this medication currently makes its use impractical for canine patients, it may become more widely utilized in the future.

Although ITP is a serious disease that can result in fatal hemorrhage in some cases, the prognosis is generally good, with approximately 75-90% of patients surviving to discharge from the hospital and 63-80% surviving
long-term.4, 11 Melena and elevated BUN have both been found to be negative prognostic indicators. In one study, only about 60% of patients with melena or elevated BUN survived to discharge, versus 85-90% of dogs without these changes.4 Both melena and elevated BUN may be indicators of more severe gastrointestinal bleeding, leading to a greater transfusion requirement and worse prognosis. Reported rates of ITP relapse vary widely in recent studies, ranging from 9-39%.4, 7, 11 Time to relapse of ITP also varies greatly between individuals and can occur years after initial diagnosis. Therefore, dogs with a history of ITP should still have complete blood counts monitored routinely, even when they have been in remission and off immunosuppressive medications for years.

While ITP patients often require intensive care and monitoring at the time of diagnosis, they can do very well with appropriate immunosuppressive therapy. Most patients will survive to discharge from the hospital, and many attain long-term survival.