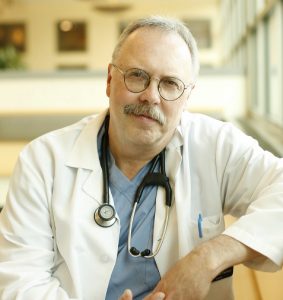 Intertrigo (skin fold dermatitis) is an inflammatory condition associated with skin creases or depressions. Deeper creases or folds have a natural tendency to accumulate moisture; skin-to-skin contact can create local irritation contributing to the formation of pyoderma.  In brachycephalic dogs, the facial fold and tail folds are most commonly affected.

Most English bulldogs present with a variable degree of tail deviation.  “Screw tail” is a descriptive slang term for the corkscrew-like deviation of the tail most commonly seen in the English bulldog. This condition also has been called “ingrown tail” (Fig. 1).   It is infrequently seen in French bulldogs, pugs, and Boston terriers.

Clinical signs of tail fold intertrigo include the dog rubbing or scooting its rear on the floor or carpeting. The owners may note a foul odor around the tail base or note fecal accumulation beneath the distal tail segment. While diligent conservative treatment with skin-cleansing pads (including Douxo Chlorhexidine Pads) and topical antimicrobial agents by pet owners may palliate this condition in assessable areas, ventral tail fold pyoderma is often impossible to maintain in this fashion in the long term.  Some dogs are sensitive to cleansing the tail fold and resist routine treatment: more aggressive pets may attempt to bite the owner.

In some patients, the tail may be relatively fixed in a ventral direction, covering the anus: it is impossible to completely elevate the tail. This results in problematic bowel movements with fecal contamination of the adjacent skin and tail. More frequently, the skin underlying the tail forms a deep cutaneous pocket that can be several centimeters deep (usually 2-4 cm) when assessed by the insertion of cotton-tipped applicators. The dorsal surface of this cutaneous pocket may be firmly affixed to the undersurface of the deviated coccygeal vertebrae, making surgical resection of this inverted skin fold a greater challenge. It is critically important to remove the entire skin pocket: retention of skin can result in the development of a fistulous tract.  Skin folds on the dorsal tail surface also may develop intertrigo, but this area is more amenable to conservative medical management.

Standard textbooks normally show one or two basic approaches to caudectomy for tail fold intertrigo:  (A) a dorsal (cranial-caudal) elliptical incision over the tail or (B) the creation of a horizontal elliptical incision around the entire tail area.  The author advocates a “T” incision that enables the surgeon to preserve the major dorsal skin fold while providing direct exposure of the coccygeal vertebrae for tail amputation. Following amputation of the tail anterior to the initial point of coccygeal deviation, the skin fold pocket is dissected from the overlying coccygeal vertebrae and adjacent subcutaneous tissues.  Traction of the ventral skin margin and attached divided tail segment facilitates this dissection process.  Following exteriorization of this cutaneous pocket, the redundant skin is resected.  Preservation of the major dorsal skin fold enables the surgeon to create a semblance of a short symmetrical tail with satisfactory cosmetic results (Fig. 2).  [See Plate 1: Caudectomy for Tail Fold Intertrigo.]  The author normally places interrupted intradermal absorbable sutures to appose the skin margins. Absorbable external interrupted skin sutures (Monocryl, poliglecaprone 25, Ethicon, Inc.) eliminate the need to remove them in the postoperative period.  Postoperative care normally does not require the placement of an Elizabethean collar since most bulldogs are incapable of licking or chewing at this distant incision.

Surgery is primarily directed at (1) resecting the abnormal coccygeal vertebrae and (2) removing the ventral crease or fold. Redundant tail skin is removed in the process, but the most cranial dorsal skin fold is preserved to fashion a new tail silhouette.

(A) A T incision is created caudal to the cranial skin fold at the base of the tail (dashed lines).

(B) The triangular skin flaps created by the T incision are retracted, curved, and dissection is directed to exposure of the coccygeal vertebrae anterior to the point of tail deviation. A Carmalt clamp can be directed beneath the tail to protect the underlying dorsal rectal wall.

(C) Bone cutters are then used to cut directly through or between the exposed vertebrae. (Alternatively, some surgeons will use a scalpel to divide between individual coccygeal vertebrae.) Electrocautery is normally used to control bleeding vessels: vascular clips or ligatures may be used for larger vessels.

(D) With successful division of the vertebra, the loose terminal tail segment is grasped with forceps. Firm traction is applied in a dorsal direction; this facilitates eversion of the invaginated or recessed ventral cutaneous fold. Metzenbaum scissors can be used to undermine and mobilize the ventral skin fold. A curved incision is made at the ventral base of the tail fold (dashed line), completing the resection of the tail and ventral skin crease.

(E) After resection of the tail and associated ventral skin folds, the area is lavaged and examined for any remaining bleeding vessels prior to closure. Absorbable sutures may be used to close dead space prior to approximating the skin margins with absorbable interrupted intradermal sutures. Simple interrupted skin sutures are used to complete the skin closure. The large preserved cranial skin fold forms a prominent peak, giving the semblance of a short, symmetrical tail.

As noted, several textbooks advocate complete removal of the entire tail and associated folds. Preserving the large cranial fold achieves a pleasing cosmetic tail silhouette that better represents the appearance of the breed. During amputation, care is taken to avoid deeper dissection that may perforate the dorsal rectal wall. Dividing the tail with bone cutters is notably faster than attempting to dissect between individual vertebrae with a scalpel blade.